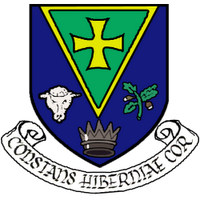 Jim Coffey was born in the small remote village of Tully which just manages to maintain a foothold in the North West corner of County Roscommon in the West of Ireland. The attached maps (Appendices 1 - Tully and 2 - Townlands) show the location of Tully in the Townland of Loughglynn (often spelt Loughglinn) and again its position relative to the three principal towns in its neighbourhood, Castlerea and Ballaghadereen in County Roscommon, and Ballyhaunis in County Mayo. It can be clearly seen too that the Mayo–Roscommon boundary, only about 200 meters away, runs parallel to the minor road that forms the backbone of the linear village.

Although Ballyhaunis, about four miles away, is the nearest principal town and was used as the main shopping centre, as well as providing a Railway Station, a branch of the Steam Packet Companies, a Bank and a general Post office (all four to a large extent dependant on the emigration industry), all further temporal and religious allegiance veered towards the small town of Loughglynn, about five and a half miles deeper into County Roscommon; temporal mainly because for generations the Loughglynn Estate based at Loughglynn House, the mansion by the lake, was the centre of power and administration where the Landlord of the Dillon dynasty (usually absent in England) or his Agent extorted hard-won rent from the tenants of Tully, and the many other Townlands in the vast Loughglynn Estate; and as far as religion was concerned the attached map (Appendix 2 - Townlands), shows the Townlands in the Catholic Parish of Loughglynn where the Parish Church with the Canon and the Curate in their newly built Church and Presbytery at the edge of the village of Loughglynn, formed the epicentre of the large Parish, necessitating chapels-of-ease throughout. For Tully and adjoining Townlands this secondary chapel comprised a utility building with domestic windows and a galvanised roof, near to the National School in Gortaganny about a mile from the Coffey homestead in Tully. As the Canon was also the administrative head of the school, the whole community was very close-knit through the school, the chapel-of-ease and the Parish Church.

A well trodden route therefore, the road to Loughglynn. Beyond the chapel past Gortaganny school there stretched out a further two miles of what was reputed to be the straightest and most boring length of flat road in the County, called the Lochan, because of the seasonal flooding. This lead to a small sweet-shop which, with a few scattered homesteads, constituted the village of Ballyglass West, the last house being the Glebe. This was a big block of a house approached by a winding avenue of trees. Jim would have known the place well for many a time he had attended funerals in the graveyard which sort of emerged from the corner of a large pasture that meandered about the front of the house. This graveyard served Tully and many of the other Townlands in the neighbourhood. The house itself was two storeys high at the front with large open stone steps leading down to great slated outbuildings and an expansive cobbled yard from which the rear elevation rose to a massive three storeys. “Magic place”, Jim always thought. Returning back along the Avenue to the semi-circular road-gate entrance over to the left there stood a turreted steeple reminding Jim that this was a Protestant Church and the occupants of the big house and the Glebelands were Church of Ireland clergymen (called in England, the Church of England).

A mile and a half now to Loughglynn but just before reaching the village there is a junction with the main Ballaghadereen road and about a half a mile along this road there stands a remarkable building, a large masonry school—the extraordinary thing about it being that it was built by the Agent of the Landlord and building commenced as the Famine died down in about 1850. More about the Agent, Charles Strickland, later on.

However, getting back to Loughglynn, in Jim’s youth the village with about 600 population (guesstimate really) comprised the Catholic Church and Presbytery already mentioned, three mixed grocery shops, all licensed, a solitary tailor’s workshop, a joiner and undertaker, who also saw to grave digging and graveyard records (to some extent), a small dance hall, a Post Office, a Blacksmith’s forge, Police Barracks with constabulary (later burnt down), a doctor’s surgery and dispensary out near the big school with a combined nurse a midwife, a butcher, an unqualified do-it-yourself vet, a roofer and thatcher, and other miscellaneous bodies.

Really a small village but ’twas known as the “town” of Loughglynn. Nearly all the development took place on the north side of the main road to Castlerea so that whenever anything became lopsided it was said to be “all to one side like the town of Loughglynn”. A song about it, of course!

About the Tully Townland, although shown clearly on the maps in the attached Appendices and well delineated on the Ordnance Survey Roscommon Sheet 19, the standard road maps make no mention of it—indeed a cross-roads inside the Townland is shown as Errit Crossroads.

However all reports of the eponymous Jim Coffey do state meticulously that he was born in the village of Tully. So it’s time the road map cartographers followed suit, time they put Tully on their maps. In fairness however the writers do s persistent accuracy in their adherence to his acquired pseudonym, “The Roscommon Giant”, despite the fact that he was born and reared only a stone’s throw away from the Mayo boundary.